Castle Cats Wiki
Register
Don't have an account?
Sign In
Advertisement
in: Cat Heroes, Material Alchemy Cat, Check Me For Integrity,
and 8 more

➢ Gruna Barkle has been available as an Alchemy cat in the

➢ Gruna Barkle was available in the

Anniversary Event 2017 as an Alchemy cat.

➢ Gruna Barkle was a Timewalker for 300 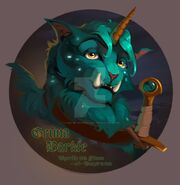 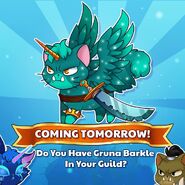 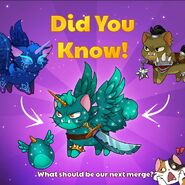