➢ Celestia is unlocked through the 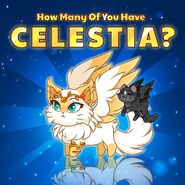